Eric "Back by End of Year"? 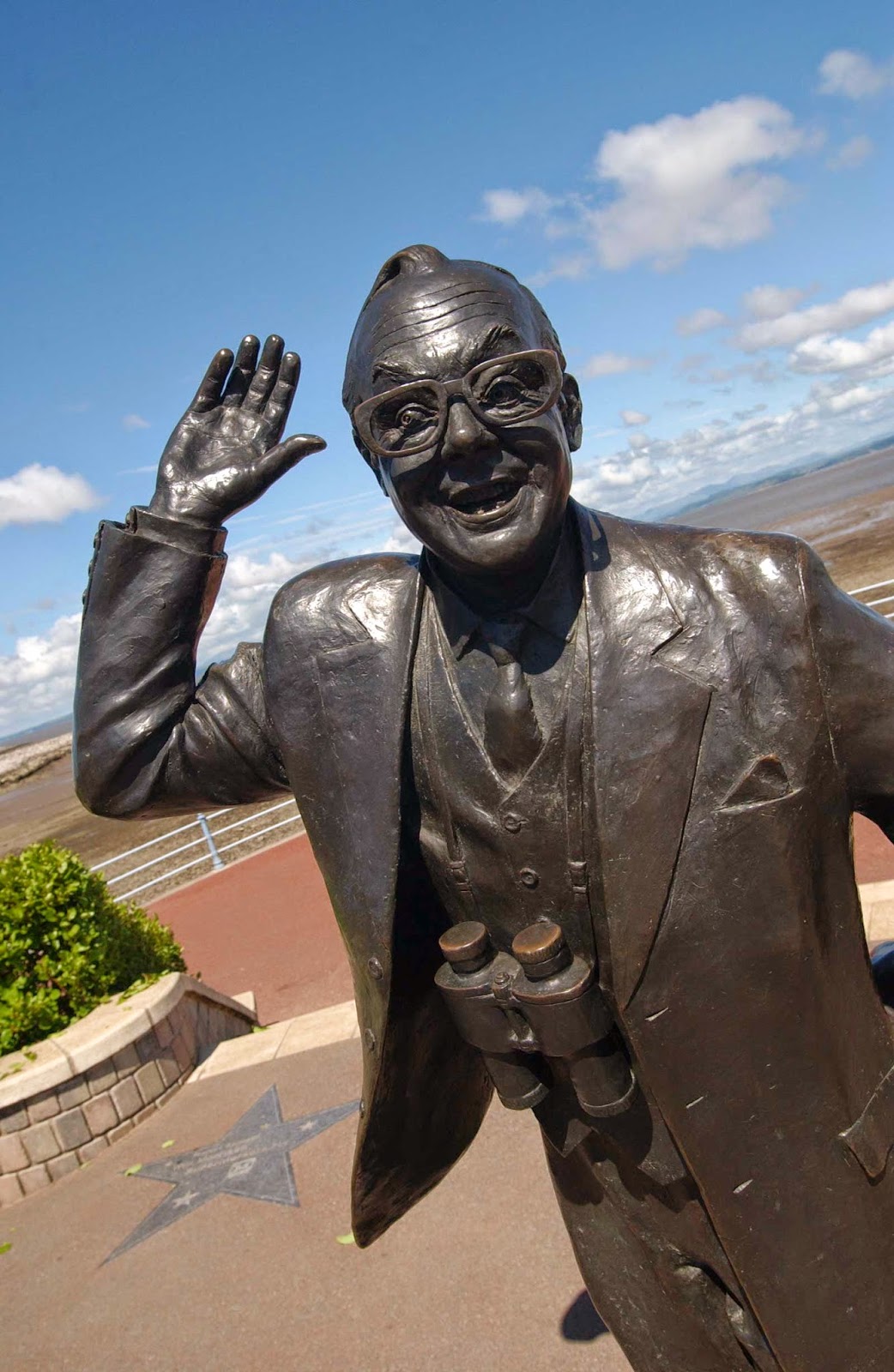 Although still reeling from a bizarre attempt to steal Eric Morecambe's statue from the Morecambe's sea front in broad daylight last weekend, Lancaster City Council hope to have the much-loved tourist attraction back in its rightful place before the end of the year.

Sculptor Graham Ibbeson, who spent six years creating the iconic statue which has delighted local and visitors alike for just over 15 years, was set to visit Morecambe on 22nd October and assess the damage.

In a statement, Councillor Ron Sands, Lancaster City Council’s Cabinet member with responsibility for tourism, said: “I was shocked and appalled when I heard the awful news of the attack on the Eric Morecambe statue.

“The police are dealing with the criminal investigation and we have offered them our full support, but our focus now must, and will be, arranging for the necessary repairs to be made to get Eric back in his rightful place.

“Removal of the statue was necessary for public safety reasons and also so we could secure Eric to prevent any further damage. People can be assured that he is being well looked after and is at a safe location.

“It is difficult to put an exact timescale on the repairs because it will very much depend on Mr Ibbeson’s expert opinion. We don’t therefore know how much the repairs will cost either, but we are speaking to our insurers and pulling out all the stops and our intention is for Eric to be back on the seafront before the end of the year.”

Speaking to the Morecambe Visitor, Eric Morecambe's former chauffeur and local resident Mike Fountain, who worked for Eric from 1968 until his death in 1984, said his first reaction when he heard about the attack on the statue was one of outrage. But he said “attitudes have softened” since he realised the culprit had mental health issues.

“Let’s now just get it back as soon as possible," said Mike. "People miss it.”
Posted by John Freeman at 15:44