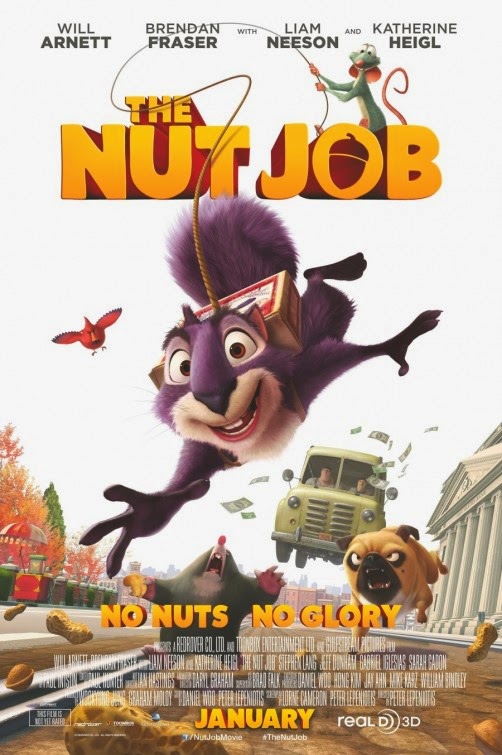 We have a good selection of new releases this period. Comedy is represented with the family animation The Nut Job (U), and there is more adult humour with The Inbetweeners 2 (15). There is science fiction Guardians of the Galaxy, whilst drama is represented with Meet the Firm: Revenge in Rio and the musical romance Step up 5: All in. In addition we see the return for just one day of Clint Eastwood's Jersey Boys.

Films that we have lost include 22 Jump Street and The Fault in our Stars. Also it seems likely that this is the last week to catch Pudsey the Dog: The Movie, Postman Pat: The Movie, Transformers: Age of Extinction, Mrs Browns Boys D'Movie, Maleficent and Rio 2.

The Nut Job
Director: Peter Lepeniotis
Certificate: U
Cast Includes: Will Arnett, Liam Neeson, Katherine Heigl
Set in the 1950s, this animation follows the adventures of Surly the squirrel who, with his friend Buddy the rat, plan to steal from Maury's Nut shop. However the shop proves to be a front for gangsters who are planning to rob the nearby bank. This combination leads to action, car chases jokes and general mayhem. This is an inoffensive film that will amuse children but leave parents a little bored. An enjoyable romp, but not destined to be a cartoon classic.
Posted by Unknown at 14:09 No comments:


Community campaigners from across Morecambe Bay will hold a lobby outside the Royal Lancaster Infirmary tomorrow (Wednesday 30th July) to call on the Morecambe Bay Trust Board to halt the sell-off of pharmacy services and hold an inquiry and public consultation over the sale.

Last week the No Health Sell-off at Morecambe Bay campaign handed in their petition to the acting Chair of the Trust, John Hutton on Wednesday (23rd July) with over 9000 signatures on it.

Health campaigners in Morecambe Bay are also furious over revelations about a tax loophole which stacks the cards against NHS pharmacy providers. An unfair loophole in VAT rules means pharmaceutical companies like Lloyds and Boots don’t have to pay 20 per cent VAT but NHS providers do.

Cat Smith from No Health Sell-off at Morecambe Bay said: “Today we are demanding that the Trust halts the process of selling-off pharmacy services because we need transparency. Instead the Trust should hold an inquiry and a public consultation over the sell-off.

"Growing numbers of people from across the Morecambe Bay area are getting angry about the agenda to sell-off NHS services," she addd. "They were never consulted and when we ask straight forward questions we can’t get straight forward answers. The last time we wrote to the Trust to ask about the sale the deputy chief executive’s response never mentioned the VAT loophole that lets private companies off paying VAT. It’s time to halt the sale.”
Posted by John Freeman at 15:46 No comments:

A number of car parks in Lancaster will be closed for this year’s city centre cycle race on Wednesday 6th August, organised by Lancaster Cycling Club.

Lancaster City Council is helping to facilitate the event by closing the following car parks:


Anyone who lives or travels through the area where the cycle race is taking place should be aware roads in this area will be closed so should plan ahead and make alternative arrangements.  Roads which will be closed on Wednesday August 6 to enable the event to take place are:

The first race in the event will start at 6.30pm and the last finishes around 9.00pm.

Posted by John Freeman at 12:50 No comments: 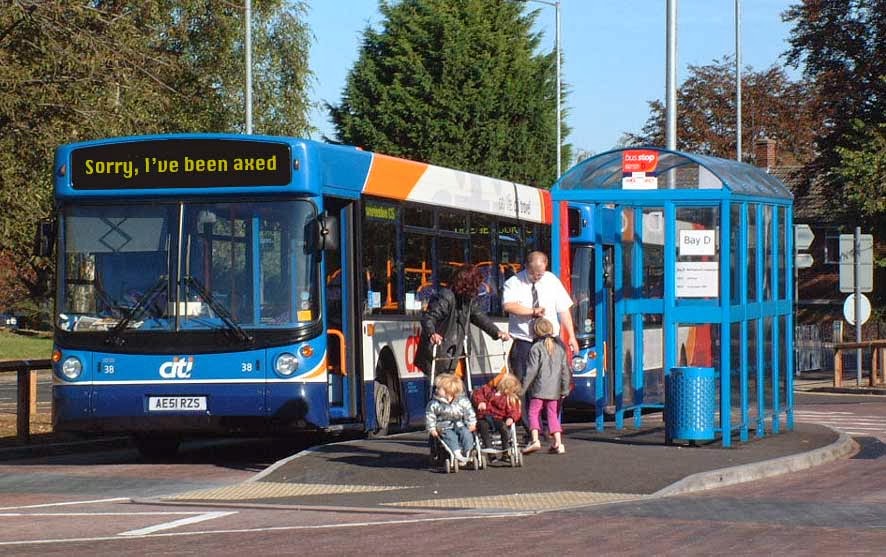