Virtual-Lancaster wishes peace, comfort and joy to all our readers!

Posted by Chris Satori at 23:30 No comments: 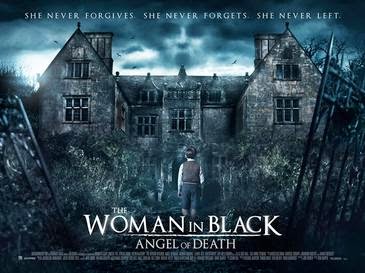 With Christmas almost upon us, family entertainment dominates the local cinemas. Films of note including Paddington (U), Annie (PG), The Penguins of Madagascar (U), Nativity 3: Dude Where's my Donkey (U), Tinker Bell and the Legend of the NeverBeast (U) and The Snow Queen: Magic of the Ice Mirror (U). Also available are older favorites like Frozen (PG) and The Boxtrolls (PG).

However we also have a good selection of drama with Exodus: Gods and Kings (12A), Unbroken (15), The Theory of Everything (12A) and The Imitation Game (12A). Also no Christmas would be complete without a helping of horror and science fiction/fantasy. In this category are The Woman In Black: Angel of Death (15), The Hunger Games: Mockingjay Part 1 (12A), Interstellar (12A) and The Hobbit: The Battle of the Five Armies (12A). Also of note is the screening of the classic and arguably best Science Fiction movie ever 2001 A Space Odyssey (U).

High culture is less well served during this period as we have just one entry, showing for one day only ROH Live: Alice's Adventures in Wonderland Encore (12A).

I wish you all a Merry Christmas and a Happy New Year.

Frozen
Director: Chris Buck
Certificate PG
Cast Includes Kristen Bell, Idina Menzel, Josh Gad,Alan Tudyk, Jonathan Groff
This Disney musical animation is loosely based on the fairy tale 'The Snow Queen' who has condemned a kingdom to eternal winter. It is up to Anna (sister to the snow queen) and a loner Kristoff to undertake an epic journey to find the Snow Queen and convince her to lift the icy spell. This is a magical movie destined to become a classic. It will appeal to families and children of all ages and makes an movie for Christmas.

Interstellar
Director: Christopher Nolan
Certificate: 12A
Cast Includes: Matthew McConaughey, Casey Affleck, Anne Hathaway, Wes Bentley, Michael Caine.
The earth is facing environmental disaster. Dust storms are common and crops are failing. Cooper (McConaughey) a farmer, but formerly a top pilot, is recruited by Professor Brand (Caine), to fly a final mission taking a team of specialists through a newly discovered wormhole to find a planet in a far solar system that could be a new home for humanity. This is a big budget very grandiose film full of action and spectacular scenery as the crew search to see if there is a future for mankind. It is however a little low on humour and at times requires some suspension of disbelief but in all it is a great movie.

The Imitation Game
Director: Morten Tyldum
Certificate: 12A
Cast Includes: Benedict Cumberbatch, Rory Kinnear, Keira Knightley
A portrayal of the life of computer genius Alan Turing (Cumberbatch) who masterminded the cracking of the German Enigma code in the second world war and continued to develop computer theory at Manchester University. The film opens in 1951 with a robbery taking place in Turing's house. Thence the film explores Turing's life by flashbacks to his schooling and his life in Bletchley Park. The acting in the film is excellent with Cumberbatch giving a particularly good performance. However the film rather backs away from Turing's homosexuality and his subsequent suicide after his persecution by the British Government.

The Woman in Black: Angel of Death
Director: Tom Harper
Certificate: 15
Cast Includes: Helen McCrory, Jeremy Irvine, Phoebe Fox, Oaklee Pendergast
This is the sequel to the film 'The Woman in Black' which was based on the novella by Susan Hills. The Second World War is raging and a group of eight school children are evacuated away from London and the Blitz to rural England. They are accompanied by their Headmistress Jean Hogg (McCrory) and teacher Eve Parkin (Fox). The group occupy the abandoned Eel Marsh House which had been haunted forty years ago. Eve tries to build trust with Edward (Pendergast), one of the vulnerable children, who starts to exhibit trance like stages. Subsequently other children start acting strangely as a dark force is awakened. Eve seeks the cause of the problem aided by a pilot Harry Burnstow (Irvine). The film is a very competent horror movie with some romantic interest. It is well acted and has plenty of frights. However like many sequels, it does not quite live up to the suspense of the original.
Posted by Unknown at 14:40 No comments:

'No Health Sell-Off' signs raised as Scotforth households step up


Rows of houses in streets across Scotforth East have taken a collective stand against the irreversible sell-off of their health services to America by raising Cameron & Hunt Estate Agency boards with the clear message to veto the NHS from the EU-US trade deal called TTIP.

The collective action is the continuation of a growing nationwide movement called The People’s NHS, across thousands of households throughout England, Scotland and Wales. The action is supported by No Health Selloff at Morecambe Bay who have been campaigning locally against the sale of the hospital pharmacies at the University of Morecambe Bay Hospitals Trust.
(See our previous blog 'Protesters call on Morecambe Bay Trust board to halt Pharmacy sell-off'.)

A similarly popular and and highly visible protest began last month in Heysham South - see our blog and pictures. The collective action is just part of a nationwide movement by the People’s NHS national campaign across hundreds of neighbourhoods in England, Scotland and Wales. You can find out more about it at http://www.peoplesnhs.org/.

More signs going up - pictures online
You can see more pictures of local streets of households displaying their signs going up all the time on the 'No Health Selloff at Morecambe Bay' campaign facebook page.

The UK’s entire health system is now up for sale because of the coalition government’s Health and Social Care Act. Since 2012 almost 70 per cent of NHS contracts put up for sale have gone to the private sector.

EU/US trade deal aims to cut UK powers of regulation
David Cameron's government aims to make the sell-off irreversible through a European Union / US trade deal called the Transatlantic Trade Investment Partnership (TTIP) although this fundamental blow to UK national sovereignty was not advertised prior to the 2010 general election. The core object of TTIP is to remove regulatory ‘barriers’ which restrict the potential profits to be made by transnational corporations on both sides of the Atlantic. It would effectively do so by levelling the standards required of transnational corporations bidding for contracts to the lowest common denominator.

The TTIP deal, is being negotiated behind the closed doors, between the EU and the United States. It is the biggest bilateral trade deal ever negotiated. It threatens to make the sell-off of the NHS irreversible by giving the profits of corporations precedence over national lawmakers. TTIP could give US multinationals, or any firm with American investors, new rights to sue the UK government if it ever tried to take privatised health services back into public hands.

Exempt the NHS from TTIP
The No Health Sell-Off campaign is demanding that David Cameron exempts NHS services from the TTIP deal.

The action is a strong message to Eric Ollerenshaw MP for Lancaster and Fleetwood that his constituents oppose the Tory agenda to hand control of our health services over to unregulatable companies dedicated to making profit.

Calling on Eric Ollerenshaw MP
Jean Taylor, local resident and No Health Selloff member said:
“The people of Scotforth East are demanding David Cameron uses his veto to get the NHS out of TTIP. They are appalled that our NHS could be irreversibly sold-off to US corporations. Hundreds of households are sending a clear message by raising‘stop the sale signs’.

"We are also urging our MP Eric Ollerenshaw to pressure David Cameron to take health out of the dangerous trade."