It's National Voter Registration Day - Are You Registered to Vote? 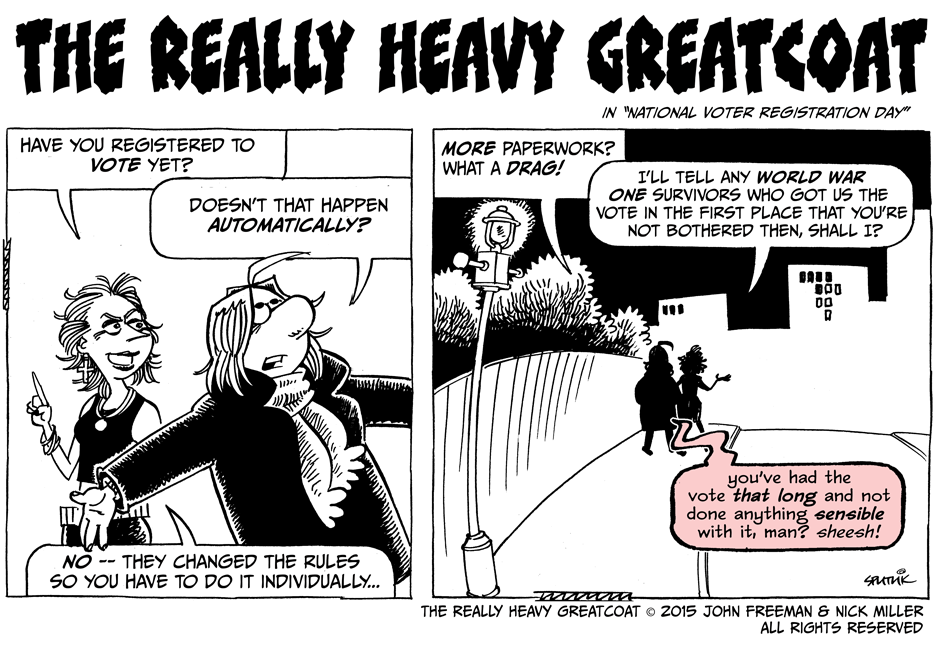 Bite the Ballot – in partnership with a host of NVRD 2015 Partners – is co-ordinating a week of action, building up to a national day of celebration on 5th February. The aim is simple: to engage and inspire as many eligible citizens as possible register to vote ahead of the 2015 General Election.

There are fewer than 100 days until voters go to the polls to elect two Members of Parliament: one for the Morecambe & Lunesdale constituency and one for the Lancaster & Fleetwood constituency, and several organisations are backing this Registration Day, including Lancaster City Council.

As we reported earlier this week, changes to voter registration rules mean the majority of Lancaster students – living both on and off campus – are not on the Electoral Register. subtext, a Lancaster University-based ezine for students and academics, recently reported that the current voter registration rate on campus sat somewhere in the region of just 22 out of 7000 students.

The electoral reforms have hit constituencies up and down the country, but student towns and cities are particularly badly affected. Others set to miss out are private tenants and recent immigrants. (Only 56% of the 2.4m EU citizens eligible to vote in the European Parliamentary and local elections in the UK are registered to vote in the UK). 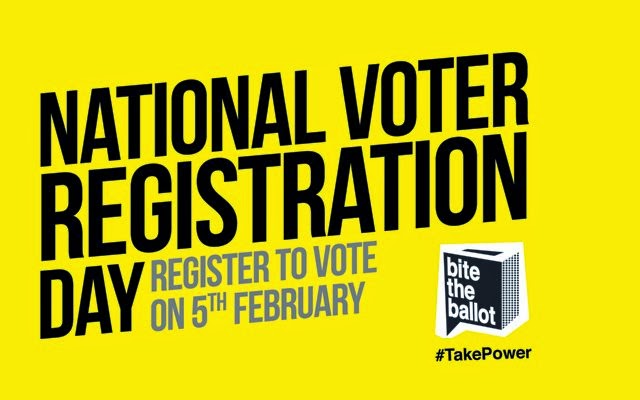 On campus, the Lancaster University Student's Union are working alongside the Bite the Ballot campaign, aiming to highlight the importance of students being on the register to vote and will involve finding out the issues that they, on their campuses and in their communities, care about. (Read more here)

Nationally, the Government has provided funding to help the push to encourage registration, working with organisations working with the most under-represented groups, including students and black and minority ethnic communities.

The Bite the Ballot campaign is also getting support from both local and national media.

Individual Voter Registration means that each person eligible to vote can now register their vote as an individually. The Individual electoral registration (IER) is the new system, introduced in June 2014, and replaces the old one in which the head of the household was responsible for registering everyone else who lived at the address.

Truth24.com notes that it seems as though 5.5 million electors were not automatically transferred to the new registers across the UK. This is 13% of existing electors not matched. The Electoral Commission say that the combined figure for those who could not be matched and those not on the registers at all is 7.5 million people.


• Anyone not registered can do so at www.gov.uk/register-to-vote.

• On social media, the hashtag #RegisterToVote used as a promoted trend on Twitter and this weekend will see a number of Join The Vote community-led campaigns (in partnership with 38 Degrees) to encourage registration.

• For full details of the campaign, visit www.nvrd.co.uk