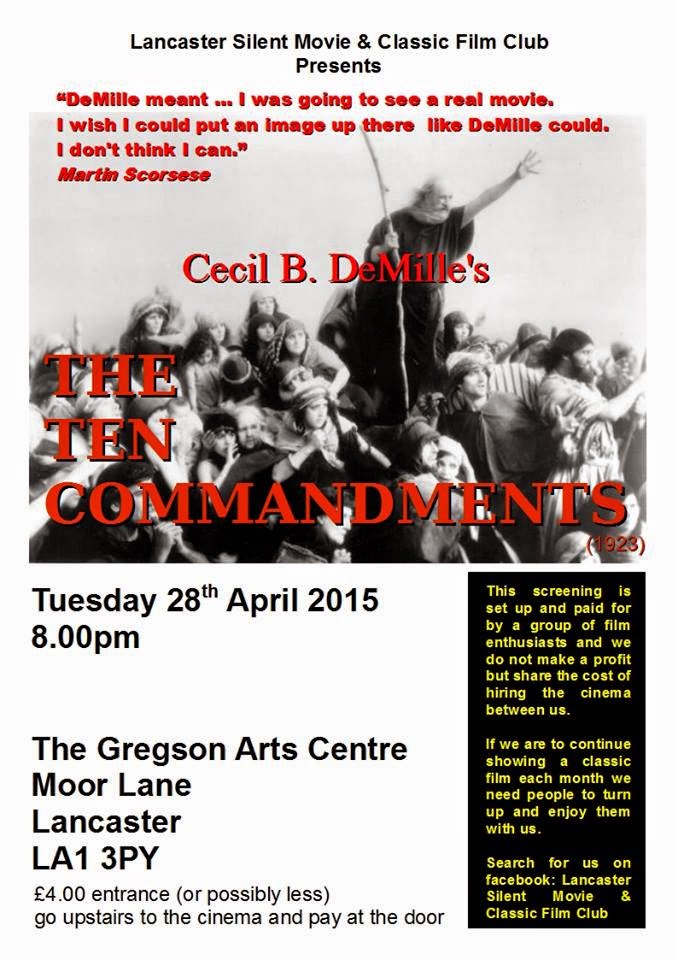 The original Cecil B. DeMille silent version of The Ten Commandments is being shown on Tuesday 28th April at 8.00pm by Lancaster Silent Movie & Classic Film Club at the Gregson. They'll also showing a short film beforehand.

The Club really need support if they are to continue to show a classic movie every month. They don't make a profit from these screenings but share the cost of the cinema hire between them - but they guarantee that it won't cost you more than £4.00 for a ticket.

The Club are trying to show much loved classics but also more unusual and lesser known films which we feel should be seen by more people but are hard to find anywhere (sometimes even hard to buy on DVD or Blu Ray).