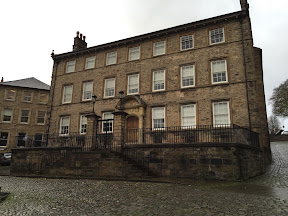 They include proposals to slash funding for cultural sites across the county by 90 per cent and other cuts that will impact public transport users, libraries and see the loss of another 367 jobs.

The proposals, which could also see the closure of 40 more libraries across the county, aim to save the county council £262m by April 2020 as the Tory government continues to cut public spending as part of its continuing doctrine to privatise state assets under the pretence of national debt reduction - something it has pretty much failed to do in the wake of the 2008 financial crisis.

The County Council is seeking to save £65m across its services over the next two years. Proposals affecting Lancaster and Morecambe residents that go before the county council Cabinet on 26th November include:

- Removing funding for subsidised bus services
- Reducing the county council's library network from 74 libraries to 34, to save £7 million
- Ending the funding of five museums - including the Judges' Lodgings, home to the Toy Museum
- Removing the subsidy for discretionary denominational transport
- 367 more job cuts. Since January 2014, 1100 people have left the authority, taking voluntary redundancy.

Judges’ Lodgings is Lancaster’s oldest town house, originally home to notorious witch hunter Thomas Covell, who imprisoned the Pendle Witches in 1612. It has a renowned collection of Gillow furniture, made by Robert Gillow who predated Thomas Chippendale by two decades.

Over 2000 people have signed an online petition opposing its closure.

"As well as being of great historical importance to Lancaster and a wonderful venue for the public to visit, this building also serves as a fantastic location for school visits," say the petitioners, "where the children are able to learn about history like never before in a hands on, fully immersive environment with specially trained actors.

"The Judges' Lodgings period rooms, furnishings and architecture offers a wonderful educational experience that can't be recreated in the classroom.

"... So many people are going to lose their jobs throughout the museum service because of the council's cuts, but even more than that, children are going to lose a wonderful venue to visit with their schools and Lancaster will lose a very rare and beautiful piece of its history, the loss of which will continue to impact Lancaster for decades to come."

Elsewhere in the county, also under threat is Knott End Ferry, the historic Queen Street Mill in Burnley used in The King’s Speech and the Museum of Lancashire in Preston, a museum that reopened in 2011 after a £2m refurbishment.

In all, cultural funding will be reduced from £1.2m this year to £98,000 from April next year. The sites under threat attracted more than 95,000 visitors combined last year.

The council will hold a public consultation into the proposed closures, which will consider alternative service delivery models, including their operation by local communities and interest groups.

Council leader Jennifer Mein said it was "the most challenging time" for local government.

"We face a combination of relentless central government cuts and rising demand for our services, particularly those serving vulnerable people."

Few bankers were prosecuted for their actions that brought about the Financial Crisis in 2008 that has been used as the reason to rein in public debt, estimated to go over £1.5 trillion by the end of the 2015 - 2016 fiscal year.

City of London investors were bailed out by the public purse at the time (in marked contrast to workers affected by the crisis in the steel industry in recent months), costs being borne by taxpayers rather than institutions that still try to evade paying tax and seek to profit from the sale of publicly owned assets the Government is forcing council to sell off.

“The picture is pretty bleak, there are a huge range of services that we have to stop or cut back," a spokesperson for the County told the Independent newspaper. "We don’t want to do it, but it shows the seriousness of the financial situation.”

He added they were open to suggestions of how to keep the sites running.

Alistair Brown, policy officer at the Museums Association, called the scale of the Lancashire cuts “shocking”, describing them as “the worst we’ve seen yet”.

Council leader Jennifer Mein said: “The reality of our financial situation is such that we will have to use the bulk of our reserves just to balance the budget over the next two years. And by 2017-18, we will only just have enough money to pay for our statutory services.”

Neither local MP Cat Smith or David Mortis has published a statement on the cuts proposals on their official web sites, although Cat's opposition to government policy is well known and Mr Morris continues to oppose bus service reductions.

- You can view the budget proposals in full here in the County Council web site: http://council.lancashire.gov.uk/mgAi.aspx?ID=36009#mgDocuments

- A petition to save the Judges Lodgings from closure is here: https://www.change.org/p/lancashire-county-council-save-the-judges-lodgings-museum-in-lancaster
Posted by John Freeman at 09:02