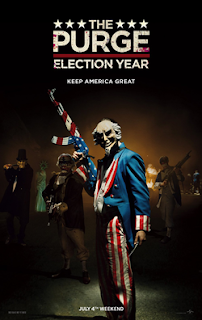 Just four new releases make it to the local screens during this period. There is a biopic about the jazz legend Chet Barker in Born to be Blue (15) and violent action with The Purge: Election Year (15). In addition we have comedy animation with Sausage Party (15) and the comedy drama War Dogs (15).

We have lost the films Ghostbusters; Kung Fu Panda 3 and The Secret Life of Pets. However the movies Alice Through the Looking Glass; Ice Age: Collision Course and The Jungle Book have made a return.

Family entertainment is well represented this period with Asterix: the Mansion of the Gods; Finding Dory; Get Squirrely ; Ice Age: Collision Course; Nine Lives; Pete's Dragon; Swallows and Amazons; The Angry Birds Movie and The BFG. In addition the Dukes is offering an animation workshop on Tuesday 30th August in Stop Motions.

Adult drama comes with Jason Bourne; Nerve; Now You See Me 2; The Purge: Election Year and the docudrama Sid and Nancy. In addition there is science fiction action on offer with Star Trek Beyond and Suicide Squad whereas horror comes with Lights Out.

High culture unfortunately does not feature during this weeks cinema.