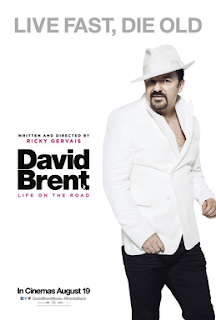 There are six new films released during this period. We have period drama with Ben-Hur (12A); horror with Blair Witch (15) and Don't Breathe (15); animation/adventure in Kubo and the Two Strings (PG); drama with Valley of Loves (15) and finally musical documentary with The Beatles: Eight Days a Week.

Movies that have come to an end of their screening include Asterix: The Mansion of the Gods; Star Trek Beyond and the family adventure Swallows and Amazons. In addition the movies Suicide Squad; The Jungle Book; The Purge: Election Year and The BFG are coming to the end of the screening. We do however see the return of the comedy Central Intelligence.

Movies coming soon to the region include Bridget Jones's Baby, due to be released on the 16th September.

Horror is well represented this period with Blair Witch; Don't Breathe; Lights Out and Morgan. In addition there is science fiction with Aliens and Suicide Squad.

For adult comedy there is Bad Moms; Central Intelligence; David Brent: Life on the Road; Ghostbusters and Sausage Party.

Once again and despite the loss of Swallows and Amazons family entertainment is will represented with Finding Dory; Kubo and the Two Strings; Nine Lives; Pete's Dragon; The BFG; The Jungle Book and Willy Wonka & The Chocolate Factory.

For high culture there is opera with Turandot on Sydney Harbour. Also showing is the documentary of the 2003 anti war protest in We are Many and the musical documentaries Nick Cave: One More Time With Feeling and The Beatles: Eight Days a Week.

Finally the Dukes is holding another film quiz on Monday 12th September. In addition they are showing something a little unusual with excerpts from some two dozen silent shakespeare films in Play Out! Shakespeare in silent film.