A Green Party councillor is challenging Lancaster City Council on its dealing with Canal Corridor developer British Land, after discovering its links with an offshore tax haven.

Green Party Councillor Tim Hamilton-Coxt has researched developer British Land and found it is holding its Canal Corridor property in the offshore tax haven of Jersey. After the justified furore over the Panama Papers, Councillor Cox is now calling on the City Council to make a stand against tax avoidance in Lancaster by freezing negotiations with British land, until the company commits to making all of its transactions and potential development profits in Lancaster (and arguably in the UK) subject to UK tax.

In 2008, Tim Hamilton-Cox uncovered the fact that the city council's then partner (Centros) in the development of the Canal Corridor site was controlled by a Centros company registered in the British Virgin Islands tax haven. Conservative and Labour councillors dismissed the Greens' concerns at the time. Their general attitude was that "Everyone's at it - so what can we do?"; one Labour councillor asserted that the fact of being based offshore was "not directly relevant."

He says: “Years later the Labour-led city council is still actively engaging with a company, British Land, which is controlling its Lancaster assets in a tax haven. I believe that this is sending entirely the wrong message – that basically it's okay if companies try to avoid tax by using offshore arrangements. As we all know, this ultimately reduces the tax available to pay for public services.

"Last week, the leader of the council was optimistic about negotiations with British Land leading to a planning application which would include development of the city council's land-holding. Greens think that the city council should freeze negotiations concerning city council-owned land in the Canal Corridor until BL brings back to the UK ownership of land in Lancaster so that all its transactions and development profits here (if not the UK as a whole) are subject to UK tax.

"We have to call time on dealing with businesses that use offshore 'shell' companies to avoid tax and stop accepting it as some sort of business norm. I hope that Cat Smith MP will support this call given her strong condemnation of tax avoidance in the Lancaster Guardian last week."

In 2014 Councillor Hamilton-Cox led on a successful motion at full council which required companies wanting to do business with the city council to self-certify that they did not engage in tax avoidance measures as a condition of doing business with the city council. This motion has yet to be implemented in council procurement policy - despite a number of prompts from Councillor Hamilton-Cox that action should be taken.

UPDATE, 25th May 2016: Over on the British Land web site, they point out that because British Land is is a REIT, it must follow certain rules relating to money it distributes to shareholders, and how those distributions are taxed.

Their statement on their tax situation reads as follows:

More detailed information can be found here and on the Reita website., it must follow certain rules relating to money it distributes to shareholders, and how those distributions are taxed.


More detailed information can be found here and on the Reita website.
Posted by John Freeman at 12:30 2 comments: 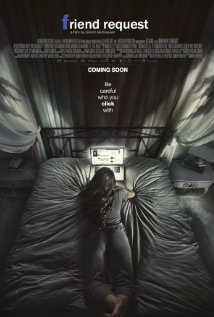 Three new films make it to the local screens during this period. There is family animation with A Warrior's Tail (PG); action and adventure with Bastille Day (15) and drama based on true life in The Man who knew Infinity. In addition, the following movies have made a re-appearance; Capture the Flag and Spotlight.

Adult drama comes this period with the well received 10 Cloverfield Lane, the biopic Eddie the Eagle the excellent military drama Eye in the Sky and the newly released Bastille Day. Horror is represented with The Boy and Friend Request whilst fantasy comes with Midnight Special and The Huntsman: Winter's Tale.

Superhero confrontation is on offer with Batman v Superman: Dawn of Justice. Also the Vue is having a Captain America marathon on the 28th April with First Avenger; Winter Soldier and the forthcoming Civil War.

Comedy during this period is provided by My Big Fat Greek Wedding 2 and Marguerite.

For family entertainment there is The Jungle Book; Kung Fu Panda 3; Snoopy and Charlie Brown: The Peanuts Movie and Zootropolis.

There is a single entry in the category of high culture with ROH Live: Lucia Di Lammermoor.

Zootropolis (Zootopia)
Director: Byron Howard, Rich Moore, Jared Bush
Certificate: PG
Cast includes: Ginnifer Goodwin, Jason Bateman
This is a comedy animation set in the city of Zootropolis which is populated by animals. Judy Hopps (Goodwin) is a rabbit rookie police officer. She parters with a con-artist fox Nick Wilde (Bateman) to solve the mystery of a missing husband. An excellently made fun movie that will appeal to a wide range of ages.
Posted by Unknown at 16:59 No comments:

The North West Literary Salon will be celebrating both its one year anniversary and the close of Spring with a special edition salon on Friday 6th May 2016 at Waterstones on King Street.

Authors Sophie Duffy, Essie Fox and Paul McVeigh will be on hand for a literary celebration and their engaging readings will be followed by a lively discussion along with delicious locally-catered food from Filbert’s Bakery and music performed by a local musician.

Order free tickets to the event here from Eventbrite.

More about the Salon here: https://northwestliterarysalon.wordpress.com
Posted by John Freeman at 10:10 No comments: