Detectives investigating a fire at a shopping arcade in Lancaster released a CCTV image of three boys they wanted to speak to, who have quickly come forward and are assisting officers with their enquiries.

The fire - which is being treated as suspicious at this time - started at around 8.40pm on Wednesday 1st June at St. Nicholas Arcades shopping centre on Lancaster Gate. It occurred in the vicinity of the Poundland and Superdrug stores and is thought to have caused around £10,000 to £15,000 worth of damage to the building.

Firefighters from Lancaster, Morecambe, Bolton-le-Sands, and Carnforth were called to action to tackle the blaze, which involved a bitumen flat roof and other plastic materials.

Enquiries are on-going to establish the circumstances surrounding the fire and officers are working closely alongside Lancashire Fire and Rescue Service.

DC Tris Hardwick of Lancaster CID had asked for the three boys pictured on CCTV to come forward as they may have "some vital information that could assist with our on-going enquiries.

"I would urge anyone who has any information about the fire itself, to come forward and get in touch with us as soon as possible," Tris added.

• Anyone with information can contact police on 101 quoting crime reference WB1604292. Alternatively Crimestoppers can be contacted anonymously on 0800 555 111 or online at Crimestoppers-uk.org
Posted by John Freeman at 11:56 No comments: 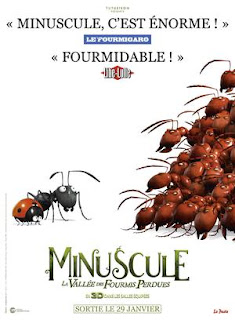 This period finds five new releases on our local screens. There is drama with Misconduct; period drama with Love and Friendship (PG) and romantic drama in Me before You (12A). In addition we have the delightful animation Minuscule: Valley of the Lost Ants (U) and fantasy in Warcraft: The Beginning (12A).

Movies that have vanished from the screens include Bad Neighbours 2; Captain America: Civil War; Eye in the Sky and Florence Foster Jenkins. However we do see the return of Hail Caesar! and Zootropolis.

Films arriving in this region in the near future include The Conjuring 2 on 17th June; Independence day: Resurgence on the 23rd June; Absolutely Fabulous: The Movie on the 1st July and The BFG on the 22nd July.

Despite the loss of Captain America, this is still a period for superheroes with Batman v Superman: Dawn of Justice; Teenage Mutant Ninja Turtles 2 and X-Men: Apocalypse. Drama is represented with A Hologram for the King; Love and Friendship; Me Before You; Misconduct; Money Monster; Purple Rain and The Trust. Comedy is not quite so well represented with only Hail Caesar! on offer.

For fantasy we have Alice Through the Looking Glass and Warcraft: The Beginning.

Finally there are two entries in the category of high culture with NT Encore: The Audience and RSC Live: Hamlet.

At the time of this posting, a complete film listing from the Vue cinema was not available.

The Trust
Director: Alex and Benjamin Brewar
Certificate: 15
Cast includes: Nicholas Cage Elijah Wood
David Waters (Wood) and Jim Stone (Cage) are two bored and corrupt officers working the the Evidence Unit of the Vegas police department. Stone comes to hear of a large amount of money in the possession of a drug dealer and held in a large safe. The two police officers investigate, and decide to steal the money off the crooks and take it for their own. However as the robbery progresses they start to fall out among themselves. This movie is a dark comedy. It very effectively builds up the tension despite something of a thin plot. Both Cage and Wood put in excellent performances with the former providing very memorable one liners. However the film does not have the feel of greatness about it.
Posted by Unknown at 16:20 No comments: