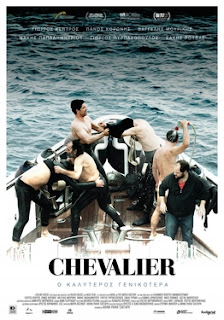 This is an excellent period for new releases with nine films making their debut on the local screens. Adult comedy come with Bad Moms (15); Chevalier (18) and David Brent: Life on the Road (15) whereas family comedy is represented by Get Squirrely (U) and Nine Lives (PG). There is docudrama with Bobby Sands: 66 Days (12A) and family adventure in Swallows and Amazons (PG). Finally there is a phycological sci-fi 400 Days (15) and horror with Lights Out (15).

Absolutely Fabulous: the movie and Ice Age: Collision Course have now vanished from the screens. In addition the film Now You See Me 2 is coming to the end of its screening. However we do see the return of the science fiction Independence Day: Resurgence.

Family oriented movies are very well represented this period with Finding Dory; Get Squirrely; Nine Lives; Pete's Dragon; Swallows and Amazons; The BFG and The Secret Life of Pets.

Science fiction on offer includes the psychological drama 400 Days; Star Trek Beyond and Suicide Squad. Also horror makes an appearance in Lights Out.

For drama there is Jason Bourne; Nerve; Now You See me 2; Poor Cow and Stalker.

There is no high culture on offer during this period. However the Dukes is showing Stanley Kubrick's tenth feature film Barry Lyndon, the exploits of an 18th century Irish adventurer.

The Secret Life of Pets
Director: Chris Renaud, Yarrow Cheney
Certificate: U
Cast Includes: Louis C.K., Ellie Kemper, Eric Stonestreet, Kevin Hart
A family animation film that follows the lives of pets living in a Manhattan apartment building during the time their owners leave them alone. Max (Louis) is a rather spoilt terrier who starts to find himself neglected when his owner Katie (Kemper) brings home Duke (Stonestreet), a mongrel, from a dog pound. However the two dogs must put their rivalry behind them when they are captured by Snowball (Hart) a rabbit and an army of abandoned pets who are trying to get back at all happily owned pets and their owners. This is a delightful and energetic animation movie that is inoffensive and fun for all, young and old.
Posted by Unknown at 17:39 No comments: