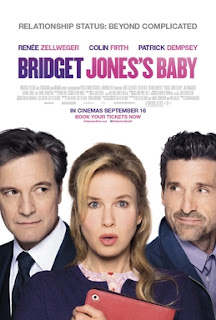 There are five new movies released during this period. We have the romantic comedy Bridget Jones's Baby (15). There are two powerful dramas with Julieta (15) and The Childhood of a Leader (15). There is the musical documentary Gary Numan: Android in La La Land (15) and finally film Neighbour though no details are yet available for this latter movie.

Horror remains well represented during this period with Blair Witch; Don't Breathe; Lights Out and Morgan all being shown.

Drama comes with Ben-Hur; Jason Bourne; Julieta; The Childhood of a Leader; The Legend of Tarzan and War Dogs. In addition the Dukes have a screening of the influential adult animation Akira.

There are a good selection of family animation movies with Finding Dory; Ice Age: Collision Course; Kubo and the Two Strings and The BFG. Also available is the musical Chitty Chitty Bang Bang; the comedy Nine Lives and the dramas Pete's Dragon and The Jungle Book.

The Legend of Tarzan
Director: David Yates
Certificate: 12A
Cast includes: Alexander Skarsgard, Margot Robbie, Christoph Waltz, Djimon Hounsou, Samuel L. Jackson
The film is set about a decade after Tarzan left the jungle and became John Clayton III or Lord Greystoke to live in the UK with his wife Jane (Robbie). Meanwhile the African Congo has been divided between Belgium and the UK, and the Belgian government has sent an emissary Captain Leon Rom (Waltz) to develop the mineral wealth of the land. Rom makes a pact with Mbonga (Hounsou) a chief and Tarzan's old enemy to give him Tarzan in exchange for diamonds. Rom captures Jane and uses her to lure Tarzan to him During the film we have flashbacks of Tarzan's origins to help set the plot and the film benefits from splendid scenery, lavish special effects and grand fight sequences. However, despite solid performances from the actors, the movie has not managed to inspire the critics. An enjoyable, but ultimately average adventure film.
Posted by Unknown at 16:42 No comments: 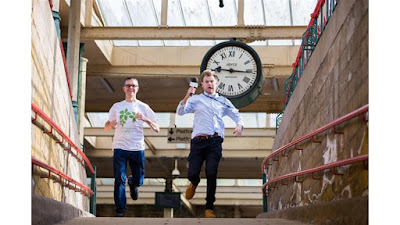 • You can support David's "Lancashire Challenge" by making donations here on JustGiving. David will post updates on the day on Facebook and Twitter @dchan52169
Posted by John Freeman at 08:20 No comments: