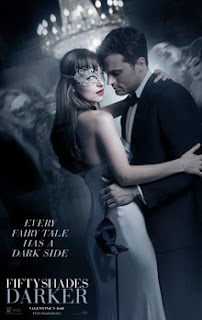 Drama on offer at the moment comprises wartime exploits in Hacksaw Ridge, psychological tension in Denial & Split and reunions in Lion & T2 Trainspotting.

Fantasy on offer includes superhero adventure in Doctor Strange; horror in Resident Evil: The Final Chapter & Rings and a boy born on mars in The Space Between Us.

Finally the Dukes are presenting another Film Quiz on 13th February.

Moana
Director: Ron Clements and John Musker
Certificate: PG
Cast includes: Auli'i Cravalho, Dwayne Johnson
A Walt Disney animated fantasy adventure. Moana (Cravalho) is the teenage daughter of the chief of a Polynesian island. However the fish and island produce become less abundant and hence Moana undertakes a nautical quest to find the magical amulet Te Fiti's heart and the demigod Maui (Johnson). The quest involves monsters and battles This is a magical film, with music, comedy and a good dose of adventure. It is extremely well produced and has received excellent reviews from both critics and audience. A must see movie for all ages.

Resident Evil: The Final Chapter
Director: Paul W S Anderson
Certificate; 15
Cast Includes: Milla Jovovich
The movie is a sequel to the 2012 Resident Evil: Retribution and forms the sixth and final film in the series. Alice (Jovovich) has lost her psychic powers and now is assisted by the Red Queen who has switched sides. She returns to the demolished Raccoon City where, with a band of survivors, she has one last battle with the Umbrella Corporation and myriads of mutants and zombies. This reviewer has greatly enjoyed the Resident Evil Movie series and can recommend the Final Chapter as offering more of the same special effects and fight sequences. However the film is not the best of the bunch and the franchise is now starting to feel a little tired. See it if you are a Resident Evil fan.

T2 Trainspotting
Director: Danny Boyle
Certificate: 18
Cast includes: Ewen McGreger, Ewen Bremner, Robert Carlyle, Jonny Lee Miller, Anjela Nedyalkova
Mark Renton (McGregor) returns to Edinburgh after twenty years in Amsterdam and finds his old associates are still much as he left them only older. Spud Murphy (Bremner) continues to struggle with heroin addiction. Simon 'Sick Boy' (Lee Miller) nurses old grievances and has swapped a heroin addiction for cocaine. He plans to turn a run down pub onto a bordello. Francis Begbie (Carlyle) is serving a prison sentence, but he escapes. He still harbours a grievance against Renton. The movie is part black comedy, part thriller and total melancholic drama that draws on Welsh's 1993 novel and the 2002 sequel Porno. This is an inventive and vibrant film that captures the spirit of the original. Excellent viewing.
Posted by Unknown at 19:22 No comments:

Lancaster City Council will increase its portion of Council Tax by around 10p a week to help to protect services in the short term, as cuts in central government funding continue to bite.

From April 2017 households in a Band D property will pay an additional £5 a year to the city council.  As 80% of the district's homes are in the lowest bands (A to C) the actual increase will be even lower than 10p a week for the majority of households.

The decision was made at a meeting of Full Council last Wednesday evening.

Councillor Anne Whitehead told the meeting that while the council tax increase will help the council balance its budget for the next financial year, the long term financial outlook for the council is austere.

By 2020/21 an additional £2.3million will need to be saved each year to balance the books following further Government cuts.

From April a series of major reviews will look at how the council can work more efficiently and prioritise which services it wants to provide.

One piece of good news, however, is the potential creation of a £500,000 reserve to help boost the local economy and take advantage of opportunities presented by the opening of the Bay Gateway.

This money, if confirmed at the annual budget council on 1st March, will be used to help boost economic growth, promote inward investment and encourage more businesses to relocate to the district.

“While we would rather not have to raise council tax, it will help to avoid the need for even more severe budget cuts than those we are being forced to make and to meet the challenges of the future.

“At the same time I’m glad we’ve managed to find some money for helping the local economy. The Bay Gateway presents us with a massive opportunity to promote inward investment to the district and the creation of a dedicated reserve, if confirmed as part of our budget, will allow us to dedicate resources to boosting the local economy.”

While as the billing authority Lancaster City Council collects Council Tax, it only receives around 13% of the total bill to spend on its services.

Posted by John Freeman at 12:18 No comments: